It has been considered by some as a secret doctrine, by others as witchcraft science, or even as a totally invented "myth" or "legend". So what’s behind the word “alchemy”?

Alchemy is both a doctrine, a set of practices (still today) and an ancient art. It was most of all practiced in the Middle Ages with the aim of discovering a means to transform common metals (just like plumb) into noble metals: gold and silver.

The word "alchemy" comes from the Arabic word "al-kimiya", which came from an ancient Greek word "chemeia" meaning "art of melting and combining metals".

Interestingly, the words alchemy and chemistry were perfect synonyms for a long time until modern chemistry appeared in the 18th century.

Today, some still think alchemy is the science from which modern chemistry originated. Others think it is much more than that.

It has long been believed that alchemy’s origins were to be found in Ancient Egypt.
But, in reality, it had developed in China and in India long before Egypt’s glorious era.

This science was born in several scientific schools that had set their sights on discovering the means to produce gold using so-called “non-noble” or “non-precious” metals. In China, there were veritable guilds of blacksmiths that already possessed extremely well-protected alchemical secrets.

Later on, in Rome, the emperor Caligula became passionate about alchemy. He tried to produce gold using orpiment (a yellow-colored but toxic mineral due to the arsenic sulfide it holds).

The emperor Diocletian, as for him, later condemned such practices and went as far as to order all the Egyptian books dedicated to gold and silver chemistry to be burned.

Later still, in the Middle Ages, many who had an interest in sciences claimed to be alchemists. This lead alchemy to suffer from a bad reputation: it was long confused with magic or witchcraft.

Today, even though we know that alchemy is not witchcraft, it remains linked to the occult.

Much more than just "chemistry"

Alchemy is far from strictly being a “physical” science. Alchemy’s nature is both spiritual and material.

It is true that, at the very beginning, the goal was to transform metals. But this approach takes on various dimensions! Real alchemists have always broached transformation in a broader sense: the transformation of man and of his potential!

Thus, based on this explanation, we can consider alchemy to be most of all a spiritual doctrine, an "experimental philosophy", meant to transform:

Here is the true goal of alchemy: to seek perfection. Gold was considered to be the only “perfect” metal among metals. From a psychological perspective, alchemists’ mission was thus to seek perfection in men, the perfection that can only be attained through their transformation, through the evolution of their potential. 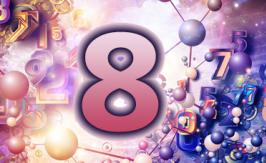 Meaning of the number 8

Numbers can be counted among the most of evocative graphic symbols. Every one of us has a favorite number, a lucky number or, on the contrary, a number they dread. What we feel when we are faced with… 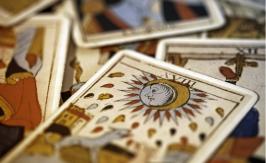 Differences between the Rider-Waite Tarot and the Tarot of Marseille

While there are obvious similitudes between the Rider-Waite Tarot and the Tarot of Marseille, there are still more subtle differences The illustrations from the…

Numerology of 44 and what it means

When you find yourself being drawn towards a certain number, it can be a little confusing at first. Does it mean something? Is it all in your head? In this article we are going to explore what it…