The Importance of Numbers

Everything in this universe from the black hole at the center of the galaxy to an everyday butterfly is made up of vibrational energy. This energy is different for everybody and everything but it may shock you to learn that numbers also carry this vibrational energy and as such, they can be deciphered in order to understand their meaning.

When we find ourselves connecting with a number, we will see it everywhere and feel drawn towards it. This implies that our energy is similar to that of the number and as such, if we know its meaning we can begin to understand why.

You’re probably wondering what it could possibly mean when you’re dreaming about numbers. After all, dreams don’t exist in the physical world and are instead a combination of mental and spiritual aspects. So how could they carry any meaning within dreams? The answer is actually rather interesting. There are a number of reasons why dreams still play a role in our dreams.

Remember: you interact with these particular numbers because your energy is similar to theirs. What does this mean exactly? Well, imagine that you’ve learned a word in a new language. When you go to sleep at night this word keep popping up. When you wake up, has the meaning of the word changed simply because you were asleep? No, of course not! This is similar to how numbers in dreams interact with us.

We go to bed in a certain vibrational energy state and our minds or spirits project different forms of this energy i.e. certain numbers. Have you ever had a dream where you go to school or work but once you get there you realize you have no clothes on? The meaning of such a dream isn’t directly related to that fear but rather a fear surrounding school or work. Your mind just projects it in a more digestible manner. Dream numbers are projections of your current energy.

Unfortunately, just to complicate matters slightly, dream numbers won’t always appear in a simple form. For some people, it will be as straight forward as seeing a giant number painted on a door but for others it can take an active examination of a dream to grasp the appearance of the numbers. Many people will do this on a regular basis to search for hidden meanings within their dreams. So let’s take a look at the different forms.

The Form of the Number

The second aspect to consider is the form of the number. If we use the clock example again, this number is appearing in numerical form but what about when it doesn’t? Sometimes we have to consider non-numerical appearances such as how many people are in a room, how many moons are in the sky, the number of times the same character appears, how many objects you interacted with, etc. As you can see there is a lot to consider. It becomes more complicated in dreams as there can be any number of anything. The best approach is to make notes upon waking as this helps keep track of things.

What Do They Mean?

The appearance of numbers in dreams is complicated enough but understanding the number dreams meaning is a whole other challenge to tackle. Dreams about numbers can be viewed in several different ways and as such can carry a variety of different meanings. Let’s explore some of the possible ways to better view these numbers.

You can treat the numbers in your dream in the same way you would any other number. The most common technique is number reduction. If you keep seeing the number 3 then you don’t have to do anything as it’s a single digit core number.

However, dreams can also be indicative of certain events. For example, if you see a calendar in your dream with a certain date circled, then you have two options: You could explore the number’s meaning or you could consider the date itself to be the message.

If you keep seeing July 19th then prepare for something to happen on that date whereas if the date has already past then consider what happened on that date that could have left some energy residue or damage. It’s important to trust your gut instinct when considering numbers in dreams as it will guide you better than your mind.

The 10 of Wands Tarot Card

When it comes to a tarot card reading you may be a little curious as to what each card means: perhaps you’re carrying out a reading and you’re not sure what to say about a specific card or… 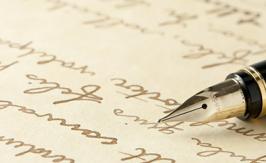 Are you curious about the powers of divination of your psychic medium, Maria? Below you will find some testimonials from people she has helped and their reviews about Maria’s psychic reading.…

Have you ever wondered what sort of details and insights your name can offer? In numerology, a name can be explored and deciphered much like a code with a hidden meaning. Some of the more common…