Is the number 13 a lucky or unlucky number?

The number thirteen is symbolically extremely strong. This can notably be explained by the mystical dimension that shrouds it. This number is the number par excellence that leaves no one indifferent.

Is the number 13 an unlucky number?

The origin of this superstition can notably be found in religious beliefs, and more specifically, in Christianity. In the Bible, the number 13 has a specific meaning. And this meaning is perfectly illustrated by the symbolic aspect of the Last Supper, Jesus’ last meal with his 12 disciples. As Judas is the 13th apostle attending the supper and the one that will betray Jesus, the Bible leads to the following interpretation: the number 13 is connected to the suffering of Jesus, who was crucified the day after.

However, even in this context, the number 13 can have another meaning for Christians, one that’s much more positive. If we analyze the numerical value of J.C (Jesus-Christ) using the alphabetical order, here’s what can be noticed:

>> By adding up the value of these two letters, the final result is 10 + 3 = 13. Therefore, how could the initials J.C. refer to something completely negative in Christianity? Consequently, it implies that the number 13, even from a historical point of view, cannot only be synonymous with bad luck, quite the contrary…

Number 13 is a lucky number

The number 13 is not an unlucky number. There’s nothing to fear about this number. In several cultures, this number is considered a positive one.

In Aztec culture, the sacred divinatory calendar was set up this way:

What’s more, the Aztecs conceived of time through cycles of 52 years called Xiuhmolpilli (considered an “Aztec century”). This cycle was divided this way:

Here, the number 13 takes on the form of a temporal unit symbolizing the end of a cycle and establishing some kind of balance.

In the same vein, the Celtic calendar followed the rhythm of the Moon and was made up of 13 months, each consisting of 28 days. These 13 months were the result of balance and harmony, which further strengthens the positive value of the number 13.

In esotericism, and more specifically in tarology, the 13th arcanum of the Tarot of Marseille corresponds to the Unnamed, also called Death. Unlike what its name brings to mind, this arcanum is not synonymous with bad omens. Quite the contrary, the 13th arcanum of Tarot de Marseille symbolizes, in many cases, the end of a phase leading to the beginning of another.

In tarology, this card designates a metamorphosis. It brings with it the beginning of a new era and marks the start of a transition. It must be interpreted as an initiatory death leading to a rebirth. In this regard, the 13th arcanum is very often a positive tarot card that offers the possibility of enhancing your good luck or seizing a new opportunity.

For these reasons and certainly many others, some people are fascinated by the number 13. They do everything they can to make it enter their life and take it, at all costs, into account everywhere they go. The number 13 seems to be their fetish lucky number.

Superstitions linked to the number 13

In spite of these various elements supporting the fact that the number 13 is a lucky number, some superstitions have remained well-anchored for generations, even if they are sometimes irrational. That’s what is commonly known as popular beliefs. Without being able to clearly identify their origin, those who believe in them are usually unable to explain what makes them actually believe in them.

That’s the case of the superstition according to which the number 13 is said to bring bad luck. Thus, in some hotels, there is no room #13. In the same vein, there’s sometimes no 13th floor in buildings, and, in some streets, there’s no house number thirteen. As I said, these superstitions shrouding the number 13 in negativity cannot clearly be explained.

What about Friday 13, lucky day or not?

As you certainly noticed, the world around you starts seething with excitement on a Friday 13, which is indeed a beneficial date. Therefore, it is no accident that the lottery registers the highest rates in terms of tickets validated.

This positive aura that takes place when a Friday 13 comes around finds its origin in the Pagan Friday that celebrates Aphrodite for the Greeks, or Venus for the Romans. Friday was at that time the happiest day of the week.

Friday 13 stands out as a lucky date, one that’s conducive to monetary gains. It is also seen as a date that allows countering bad luck.

Some take advantage of the positive energy of this date to associate it with a commitment, a decision or simply to benefit from the luck the number 13 brings.

My opinion on the number 13 as a numerologist

As a specialist in numerology, I would like to share my opinion on the number 13 and, by extension, on Friday 13 with you.

As I have been studying this science that fascinates me for many years, I am firmly convinced that the number 13 is a lucky number. My experience has demonstrated it time and again. It is a beneficial and positive number that can be considered one of the lucky numbers.

Undeniably, the lucky character of the number 13 has an impact on the date of Friday 13. The positive energy that is favorable to good luck circulates much more freely on Friday 13, which notably explains why these dates are conducive to monetary gains and positive events. In my opinion, the number thirteen cannot be dissociated from luck. Also, Friday 13 is one of the luckiest and happiest days.

Have you ever wondered what sort of details and insights your name can offer? In numerology, a name can be explored and deciphered much like a code with a hidden meaning. Some of the more common…

Numbers carry their own unique energy and it is natural for us to feel drawn towards a certain number while perhaps disregarding another. I’m sure you’ve all had a lucky number in the past, much… 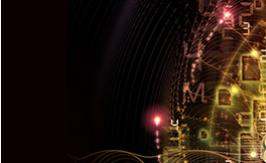 Meaning of a last name with heredity number 5

In numerology, you can calculate your heredity number . It is based on the meaning of the last nameand unveils our numerological legacy; in other words, what we received from our lineage and can be…