Just like four-leaf clovers , horseshoes are one of the most popular lucky charms. It is said to possess many virtues such as wealth, protection and strength. But do you really know what lies behind the horseshoes symbol?

Why do horseshoes bring good fortune?

To answer this question, we need to take a look at the history of the horseshoe. Horseshoes were originally designed to preserve the hooves. As time goes by, the iron may come off the hoof and be lost on the way.

One of the origins of this lucky charm comes from this explanation. Indeed, in the past, when someone found a horseshoe, they brought it to a blacksmith, who bought it. The superstition according to which a horseshoe attracts money comes from this practice.

A second hypothesis of the origins of the powers of horseshoes relies on a legend dating back to the end of the 10th century, in England.

In Canterbury, a blacksmith called Dunstan was about to become Archbishop. One day, a man paid him a visit and asked something quite peculiar. Indeed, he wanted his feet to be shoed.

Surprised but accommodating, Dunstan asked him to lift his dress. That’s when he was shocked to discover the forked feet of the billy goat. He then understood that the devil was in front of him.

Dunstan explained to him that, to shoe his feet, he had to chain him to the wall, as he was wont to do with horses. Without being suspicious, the devil let Dunstan chain him, but the pain was so bad that he begged the blacksmith to stop.

Dunstan accepted after making him promise he’d never enter houses where there was a horseshoe.

This legend gave birth tothe superstition according to which a horseshoe can repel evil spirits and protect from bad luck.

What do horseshoes symbolize?

Because of these origins, which we’ve just mentioned, horseshoes symbolize protection and promise wealth.

A third virtue can be added:strength. Iron brings to mind the idea of solidity and, if we go a bit further, of power and reliability. This interpretation leads to the idea of finding yourself in a safe and protected place.

Some also see similarities with the form of the Moon, which can be considered a symbol of good luck and fertility.

How to hang a horseshoe for luck

To attract good luck and benefit from its protection, it must be hanged above the front door or on the outside walls of the house.

In what direction should a horseshoe be pointing to bring good luck? Both ends must be facing the sky. This way, Good Luck doesn’t fall down and is not absorbed by the ground.

Chance and luck are often interrelated. To bring good luck, hooves must be found by chance or offered by a third party.

If you come across a horseshoe that still has nails in it, its beneficial powers will be maximized! Especially if there are 7 nails !

How to find a horseshoes?

To find one, you’ll need to be as patient as you can! Fortunately enough, there are other ways to get a horseshoe. Yes indeed, this symbol is so powerful that it is possible to find it in various forms.

Of course, it would be better to find one by chance and hang it above the front door.

But, on condition that it is offered, the horseshoe can also bring good luck in the form of a: 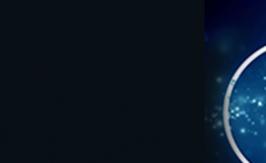 The Strength arcanum in the Tarot of Marseille: positive or negative?

Due to its name, this Tarot card called “The Strength”   is somewhat ambivalent. How can it be interpreted? What does it inspire in us? The elements below suggest some answers… How is the… 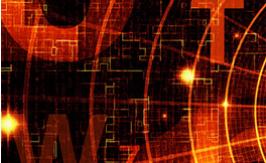 Drawing up a numerological profile cannot be improvised. If you want to create it as comprehensively as possible, one of the major components is the person’s full name. Such personal information…