What is a mystic? This may be a question that you’ve been pondering over for a while or perhaps it’s just popped into your head. Either way, we’re going to explore the mystic meaning including attempting to define otherworldly mystic powers before finally taking a quick look at some of the tell-tale signs that you were born to fulfil a grander purpose. So by the end of this article you should have a well-rounded knowledge of what a mystic actually is. So let’s jump right into looking at the definition.

What is a Mystic?

What is a mystic? What does mystical means? As we look into the mystic meaning we find that mystics definitions vary from one source to the next which is ultimately why it’s so difficult to pin down exactly what the meaning behind it is.

What we can conclude is that a mystic is somewhat similar to a shaman in the sense that both receive a calling which they will often choose not to answer…at least not immediately. So if you’re reading this because you’re scared that you may be a mystic, understand that being apprehensive is completely natural and normal.

Ultimately, a mystic is someone who holds a number of naturally occurring psychic abilities. They will have a strong (and sometimes scary) connection to the spiritual realm which allows them to naturally communicate with spirits.

They will also display other abilities such as clairvoyance, clairaudience or claircognizance. Where an average person may display one, maybe two of these abilities, usually through hard work and training, the mystic is naturally gifted and using several abilities and will be able to control them to a level that the average person will simply never reach.

Are you a Mystic?

Chances are that you’re not…but if you feel like it’s a very real possibility then read through these common signs. It’s always better to be safe than sorry. Just remember that any doubts or worries you’re feeling surrounding the burden of being a mystic are completely normal. What is a mystic if not a call to do exceptional things? Who wouldn’t be at least a little intimidated by that?

This is probably the most influential of all the signs we’re going to mention. The simple truth is that if you don’t have reason to believe that you possess at least two psychic powers (e.g. clairaudience and claircognizance) then you can rule out being a mystic pretty early on.

It doesn’t matter whether these powers are fully developed or still in their early stages, what matters is that you possess them. No mystic exists who has only one psychic power.

Whether you’re a fan of Harry Potter or hang pictures of Gandalf on your wall, you find the use of non-physical tools such as magic to be incredibly compelling. As a child you would have been naturally drawn to these works of fiction and as an adult, this would have drifted to the real world whereby historical mysteries seemingly pull you in.

It could be that you’re now interested in the mysteries of Ancient Egypt or the Gods of Ancient Greece.

You Possess High Levels of Empathy

What does mystic meanin relation to empathy? Well, as we mentioned earlier, mystics are answering a call. They aren’t chosen at random but rather they are chosen because they contain a unique set of skills or traits. One such trait is empathy which is an essential part of being a mystic.

You can imagine the evil goings on that would occur if apathetic individuals were chosen to wield powerful psychic abilities. Therefore, if you struggle to understand a person’s emotions or situation then chances are you’re not a mystic.

You walk your own Path

Mystics will often feel like the oddballs of any group, particularly when growing up. In school they will often break rules that they feel don’t make sense and as an adult they won’t adhere to social norms or etiquette. This isn’t because they are rude or anti-social. It’s primarily because they feel that things should be different.

Plus, the only way to gain real world experience is to give certain things a try. A mystic will question everything and this includes the rules of any given system or hierarchy.

Finally, one of the most important traits of a mystic is their ego. What is a mystic? Well, as we’ve discussed it is someone capable of wielding great power. The last thing the universe needs is to give such power to an individual whose ego will expand and grow and make them feel like a God amongst men.

If you often feel better than those around you without any real reason to believe such things then your ego is probably larger than that of the average mystic. 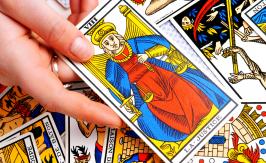 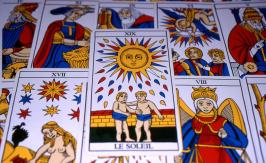 Meaning of the Star tarot card

The Star is one of the three cards – with the Sun and the Moon – among the 22 major arcana that symbolizes a celestial body and refers to the cosmic forces that rule over our destiny. I …

The Queen of Swords Tarot Card

Some tarot cards can seem a little confusing, especially when you first come face to face with them. It can be difficult to understand their meaning considering all the different ways any card could…