The image of the Chariot in the Tarot of Marseille

The seventh card of the Tarot of Marseille is that of the Chariot, which is often related to travelling, departures and changes.

However, reservations should be expressed regarding this interpretation. The main character, His Majesty, adopts a quite nonchalant attitude, with his left hand placed on his thigh, and his right hand carelessly holding a scepter that doesn’t look to be royal. He seems self-assured and relatively determined. However, he is not the one holding the reins of this surprising carriage, which does not really look like a means of transport.

Wearing a crown, which further shows he is a member of the royalty, he lets someone else guide the carriage. Everything seems to be “plain sailing”. Furthermore, the character pictured in the Chariot card is standing up so he can see far ahead of him.

The Chariot arcanum reveals faith in a radiant future

In its positive version, the Chariot tells us that we have great self-confidence, that our natural ease and optimism enable us to undertake anything. It guarantees that everything will go our way. We have faith in our destiny and we can rely on it. We seem to be headed for triumph and success…

The hidden side of the Chariot card

Nevertheless, nothing is that simple and every rose has its thorn. The darkest side of the Chariot shows some carelessness, a tendency to be too relaxed.

Having faith in your destiny is a good thing but it may also give you a sense of superiority, although, in this card, the main character is not holding the reins of the chariot, he lets himself be carried. If everything is brought to you on a silver platter, you must make the most of it but also keep in mind that nothing is your due. Choosing the easy way to do things as you drop your vigilance level and may turn you into someone arrogant.

Too much self-confidence may also lead to perilous situations. By analyzing the Chariot, you can see that two horses are pulling the chariot obliquely. Are they tugging in opposite directions? The Chariot’s wheels are completely perpendicular to the main coach, which must not make things easy if you want to go ahead…

This Tarot card refers to the desire everyone feels someday: that of traveling to some other place. This travel is maybe just an inner journey. It is time to choose.

The Chariot card invites you to make a choice

This Arcanum comes after that of the Lovers, the meaning of which is linked to choosing. After leaving the family home, represented by the Empress and the Emperor (who can be interpreted as parents) and the Pope and Papess (who can be considered as educators, teachers), everyone must forge their own personality with or against their role models.

The Chariot represents a new start in life. It shows that the time has come to face up to the obstacles and overcome them. It suggests that greatness can be attained when the physical and spiritual forces (determined by the red and blue colors of the horses that pull the Chariot) are balanced.

To find out more about the cards of the Tarot of Marseille and their hidden meaning, I wrote two articles: 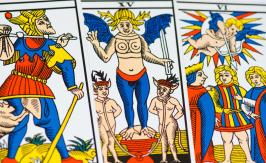 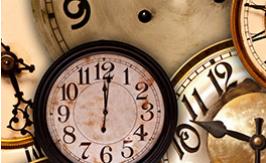 The Meaning of Mirror Hours

Mirror hours are a strange phenomenon tied to both numerology and astrology that can be triggered at any time. With a casual glance at your watch, and suddenly the hour that you are reading is…